is the index page for Jesse Miksic,
a digital dilettante dayjobbing as a UX designer

(follow and/or friend me -- if you appear to be a real person capable of passing the human tests, I will probably reciprocate) 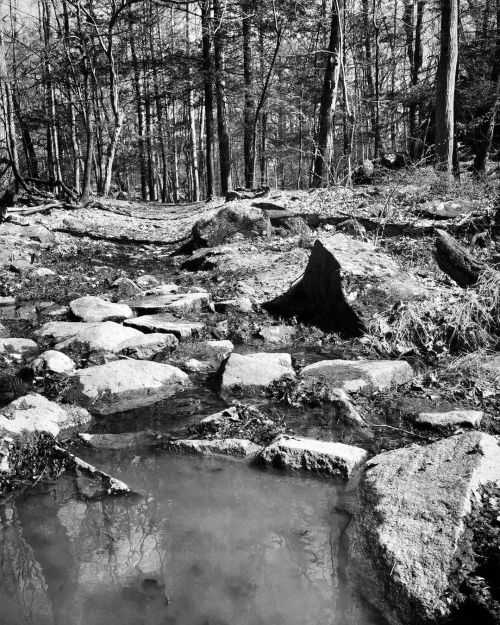 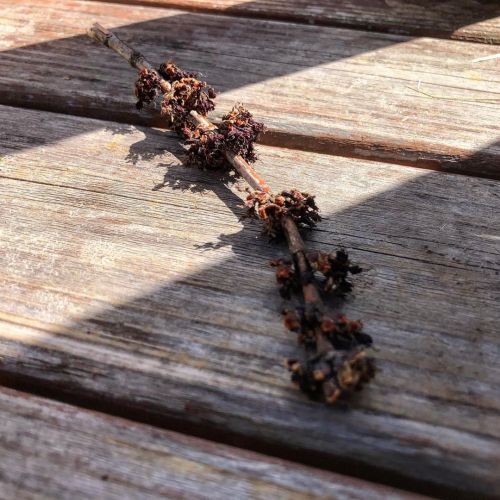 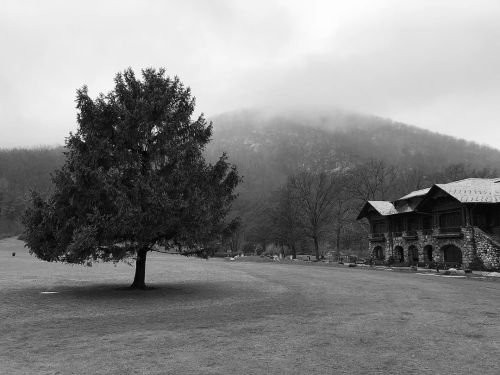 #strongmuseumofplay full day of being all the... 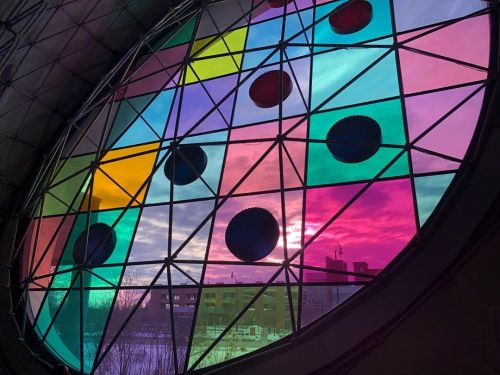 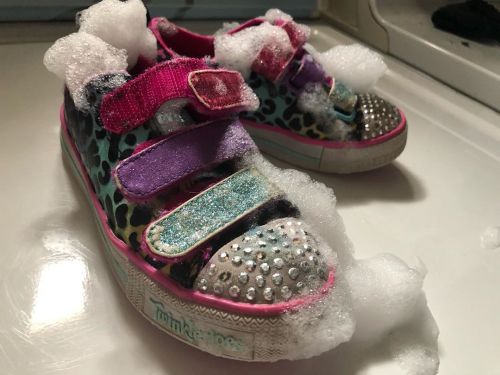 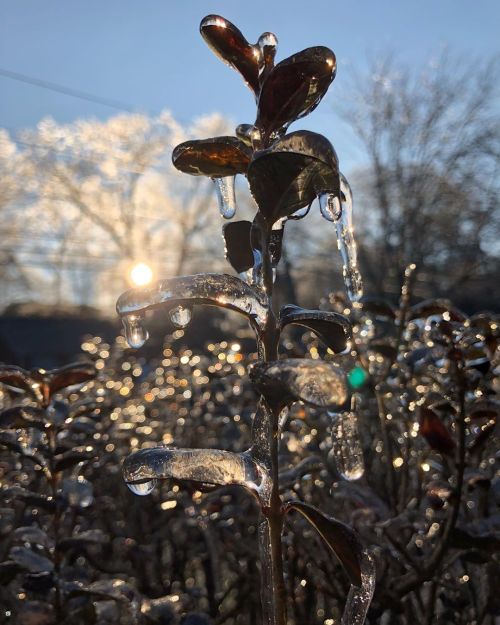 I did a whole Inktober 2019 over on IG. Here’s a couple of the earlier ones.

I did a whole Inktober 2019 over on IG. Here’s a couple of the earlier ones.

“I saw it, the mark upon the worldIn the negative space of aWaking dream of panic”4 of my poems in...

“I saw it, the mark upon the world

In the negative space of a

4 of my poems in the newest issue of Coffin Bell - good for Halloween.

I titled this series “Brutal Nonsense”

In Service to the Cycle - https://coffinbell.com/in-service-to-the-cycle/

In Service to the Cycle

Definitely do not trust that... 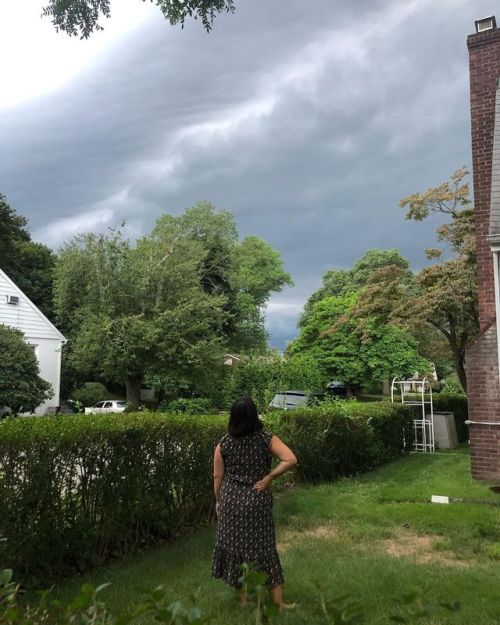 Definitely do not trust that sky
https://www.instagram.com/p/B1UxxxknlKY/?igshid=nwigphtamh68 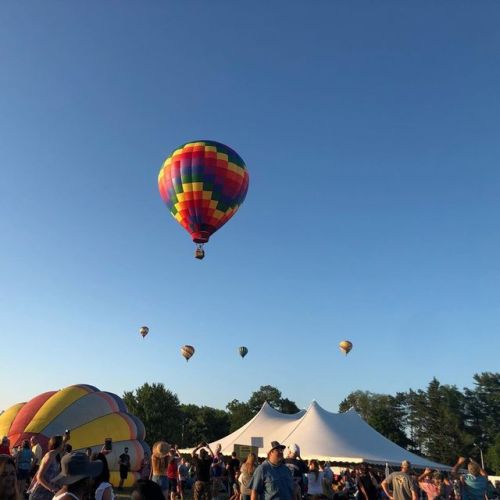 DELAYED POST: Game of Thrones, and a proposed definition of Fantasy (with bonus discussion of Star Wars)

I felt viscerally compelled to write a post after the Series Finale of Game of Thrones last night. The end of the show has peeled off the cover of Internet fandom and revealed the crawling abyss of gripes and DIY revisionism, and I have an almost infinite number of responses to that. I could write a whole essay just on that, but I'd rather just get it out of the way, or else I'll feel like I'm swinging a baseball bat at a rain storm. Here is my response, which I will argue endlessly to justify:

1. The end of the series was decent, excusable... a good enough landing for a hell of a flight. It was compromised, but only because the whole structure of the show (and the things we liked about it) led the showrunners into a nasty trap that they couldn't get out of unscathed.

This trap is summed up well in this Wired article: https://www.wired.com/story/game-of-thrones-plotters-vs-pantsers/

This leads to a whole labyrinth of open discussion on gardeners versus architects, or "plotters versus pantsers." It's an interesting area to address... in particular, I think "gardener"-type writers like GRRM are generally writing under the assumption that there IS NO CLOSURE - every development, every event, has future consequences, and finding an "ending" is bad faith.

2. None of this changes what made the series so remarkable -- the way characters and plot arcs twisted, the way you could love and hate every character at every moment -- and if I was master of media history, Game of Thrones would stand forever just on this merit.

So this blog entry is inspired partly by this episode of the Partially Examined Life, which was released today (May the 20th, the day after the aforementioned Series Finale). In the first 40 minutes or so, which is all I've consumed so far, there's a lot of gnarly discussion on what defines fantasy and what makes it work, and I feel a dire need to respond to this.

So it leads me back to a big Semantic/Ontological question, and two pragmatic outcomes that follow from that answer.

BIG QUESTION: What is Fantasy? (and how does it work? which is the same question, from a different angle)

1. Is Game of Thrones fantasy?
2. Is Star Wars fantasy?


ON THE BIG QUESTION:

JRR Tolkien laid the template for fantasy. He wasn't the first, and he wasn't the most sophisticated (as with all art forms, the genre continues to evolve) but he is the central pillar of the genre, for reasons of novelty, popularity, and the deep connection that every subsequent fantasy work has with the tropes and structures he invented.

In a way, Lord of the Rings is the context for all other fantasy.

But (very important) - this doesn't mean it's the ideal, or the boundary or final form. It just means it's sort of a reference point. Whatever fantasy has come after LotR is partly understood in relation to it: in what ways it's the same, and in what ways it's different.

Some of it is VERY DIFFERENT! From Grimdark to New Weird, Steampunk to Sword and Sorcery to Fantasy of Manners, etc etc. These are all variations on the genre, and the writers and fans think of themselves in relation to the vast nebula called Fantasy that tracks back to Tolkien.

But as different as they are, they are all in a genre because there is much that is the same between them. And here, also, is where it gets squishy, as all words get squishy when you start to pick at their boundaries: there isn't a simple consistent definition. There aren't even "necessary" and "sufficient" characteristics. What there are, instead, are Family Resemblances.

Here are the basic tenets of fantasy, in my estimation -- and in order of structural importance:

1. Set in a secondary world, with a full commitment to that world, and no direct trace back to our own universe - this is very nearly a "necessary characteristic," but of course, there's always Narnia or Fantasia (Neverending Story), which are treated as pocket-universes connected magically to our own universe. And speaking of magic:

2. Operates on an alternative physics - things are possible in this world that aren't possible in our own. Generally this takes the form of magic, and when it's not "magic," it's just a different word for the same stuff. It's minimally explained, because legit explanation would undermine the characteristic: in short, it's not reducible to our own world's causal properties.

3. Draws on an idealized, romanticized, or mythical conception of human history - usually this is "conveniently distorted medievalism," with swords and castles and horses and long journeys to undiscovered lands. It sometimes draws more directly on mythology itself, which is where we get the standard fantasy races of elves, dwarves, and men. And it gives us far-off kingdoms and good and evil royalty. And, speaking of which:

4. Centered on heroism, especially in a "chosen one"/triumph-of-the-good sense - most fantasy is about a hero. The genre is pretty agnostic about whether this hero comes up from obscurity, or from the existing power structure. But inevitably, the hero gets to walk the halls of power, and so:

5. Structured by formal power relations, with royalty (or its equivalent) at the center - there is very little fantasy where the story isn't somewhat about the minds and morals of the king and queen, or the emperor, or whatever. This implies an inherent political concern, though this is fairly collateral to the other main characteristics.

7. A reliance on the spectacle of violence - self-explanatory and ubiquitous.

I'm having trouble thinking of anything as important as these seven tenets. As far as I can think, any serious fantasy shares at least 4 or 5 of these. Let's try listing some:

LORD OF THE RINGS, DRAGONLANCE, EARTHSEA, WHEEL OF TIME, FAFHRD AND THE GRAY MOUSER, KUSHIEL - all of them, to a T.

When you gently fail #1, you start to get into the stories that are clearly still fantasy, but not quite in the High-Fantasy vein of the true classics:

CONAN THE BARBARIAN, NEVERENDING STORY, CHRONICLES OF NARNIA, PRINCESS MONONOKE - everything fits, except that there's a self-conscious trace from the world of the story back to our own world. Here's the thing, though: #1 is so important to the genre, that these have to have pretty much ALL 6 of the others to qualify.

The next group are stories that fit in all essential characteristics except for "feel":

LITTLE BIG - Leans hard into #2, #3, and #4, and gently into #5 and #6. It misses #1 and #7, the most and least important characteristics - and this is dramatic and conspicuous, in a way that throws its status as "fantasy" into serious doubt.

Whole subgenres have sprung from manipulating one or another of these characteristics. NEW WEIRD and URBAN FANTASY love to mess with #3. GRIMDARK is all about breaking or subverting #4 and #6. Fantasy of Manners has sprung up in opposition to #7.

And yet, they are still part of the family. Fantasy has a true nature... it's just something you have to see by stepping back a bit. As with all families, there are exceptions to every rule, but the exceptions just prove the coherence of the structure.

And so we come to the secondary questions, as a way of testing the boundaries of this thesis.

I don't think I need to spend long on this question, honestly. As far as genre, it's a standard example of Grimdark fantasy. It subverts #4 strongly, and #6 loosely. But the rest are intact.

To me, it comes down to the scrolling credits in the very first movie:

"Long Ago, in a Galaxy Far Away"

It's pretty clear that this description forges a direct connection with our own universe. Long ago from when? Far away from what? Undeniably, the answer to this question is, "from you, the viewer." And because it's traced back to your own context, it also creates an implicit assumption that The Force is not truly an alternate physics... it's something that we humans could manipulate, as long as we trained right, or evolved right.

This is a huge giveaway that Star Wars is not Fantasy, but is actually Science Fiction. This should not be a controversial opinion. Any adventure story will tend to satisfy #6 and #7, and a great many books, including Romance and Historical Fiction, fulfill #5.

Where the confusion over Star Wars comes in, I think, is how strongly it leans into #4. Because Luke is such a messianic hero of justice, so similar to any number of fantasy protagonists, it gives this sci-fi a certain romantic hue that links it to fantasy.

Still, I don't think it belongs in the genre. You can put a chosen one, a Boy Hero, at the center of a lot of different adventure stories, and you'd have to look to the other characteristics for your principal criteria.

* Benefit of the Doubt * | Miksimum 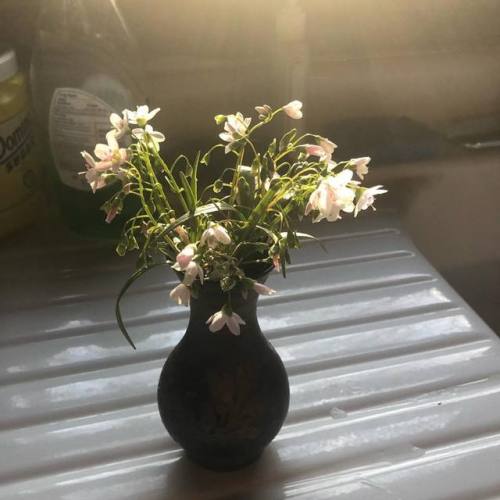 Croton Gorge just after the rainstorm #hudsonvalley (at Croton... 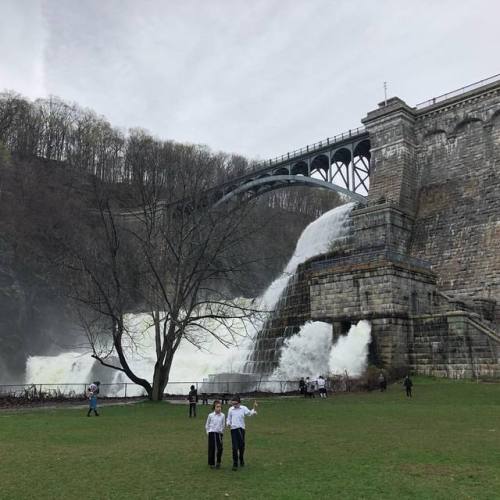 Some new poetry of mine has appeared this month:


Sam Neill Vs. the Abyss on Drunk Monkeys


For a while I was planning to write an essay on Sam Neill's presence in several apocalyptic horror films (for the record, it's In The Mouth of Madness, Event Horizon, and Possession). Eventually I decided to write it as a poem instead, and got to this version over several rounds of revision.

And guess whose approval it got?!? (a fine moment in the life of a poet!)


Also, in Gravel Magazine, three of my favorite recent poems, which I submitted under the general title of "Sense Organs":


I have a few more forthcoming: in June, poems in Whale Road Review and Liminality; in October, a group of four in Coffin Bell.

Thanks for following this little blog, all ye one or two readers. Happy Spring 2019!

* Benefit of the Doubt * | Miksimum